Iran as old as history itself inherits one of the most ancient civilizations of the planet. Throughout the years, its culture has influenced different parts of the globe from the Nile River to the heart of Europe.

For many years, people from all over the world have traveled the historic trade route of Silk Road, marveling at the varied glory of the Persian Empire’s great civilization. To visit Iran is a unique experience, the experience of being in the cradle of a great culture and civilization. Boasting three millennia of recorded history, Iran enjoys a great legacy of ruins and hallowed stonework.

The Iranian style of architecture is distinctive and creative. Persepolis and the rare impressive edifices of Isfahan as well as the Air Traps of the central desert region are the hallmarks of the Iranian unique architecture. If you simply want to walk in the footsteps of some history’s most outstanding figures, this historic land is blessed with some of the best.

Along with its splendid history and culture, Iran is a diverse land and has a great variety of geographical environment which offers a sense of paradise for all of the nature lovers. Iran’s climatic diversity is such that some tourists can enjoy winter sports in the mountains while others can bathe in the warm waters of the southern shores, both within a few hours drive from the main cities.

If you are lucky enough to fly into Iran, be sure to ask for a window seat, you might be surprised by what you see. The most noticeable highlight of Iran is its people; Iranians are well known to be warm and amiable. Travelers continuously recount tales of unexpected kindnesses, of hands extended in friendship, of the gregarious, hospitable and generous Iranians.

What is universal in Iranian character is the enjoyment of the cadences of poetry read aloud, their wonderful food, and their admiration of natural beauty. It could be said that Iran is a nation of poets and poetry is still venerated to this day. Art is the permanent gift that Iranians have given to the history of the world. Have the time of your life in this ancient land, get delightfully lost in the bazaar in Shiraz, Kerman and Kashan, drink tea in the courtyard of a traditional Chaykhune (teahouse) or join the crowds for an evening stroll in Tabriz. In the process, you will come to appreciate the atmosphere that makes Iran so distinctive. So pack your bags and soak up the history, the subtle cultural shifts and the hospitability.

Persepolis, the emblem of the mighty power of the Persian Empire.
As German philosopher Friedrich Hegel once said, “The principle of development begins with the history of Persia; this constitutes therefore the beginning of history.”

Once known as the richest city under the sun, Persepolis was the ceremonial capital of this Persian Empire, which was the greatest power of the ancient world. Darius established Persepolis in 519 BCE as the most magnificent of the four Achaemenid capitals — Susa, Ecbatana, Persepolis and Babylon — which were founded in logistic locations to help Achaemenid kings efficiently administer their vast empire.

Situated 70 km northeast of modern day Shiraz in the southern Fars Province, Persepolis (Persian city) was built by Darius I and his successors over a 50-year period. Spanning an area of over 125,000 square meters, the Achaemenid capital was known for its stunning inscriptions, unique architecture and wooden columns made of tall Lebanese cedars and Indian teak trees.

Every year on March 21st, the representatives of the different Satrapies (governorships) established by Darius came to Persepolis to celebrate the Persian New Year, Nowruz, and present the king with their finest gifts. Persepolis carvings show Bactrians, Babylonians, Phoenicians, Ethiopians, Indians and Arachosians carrying gifts as valuable as gold and ivory.

Led by a Persian or Median noble, the delegations ascended a 14-meter-high double-return stairway, which ended opposite to the Gate of All Nations, through which they entered the magnificent ceremonial complex. Guarded by two gigantic stone bulls, the Gate of All Nations consisted of a grand hall, with four columns. Two pairs of Lamassus, human-headed winged lions, stood by the western and eastern entrances, which bore the name of king Xerxes in three languages.

Dignitaries, who entered the great hall, sat on black marble benches waiting their turn to pay homage to the king. While military officials passed through the eastern gate toward the Hundred-Columns Palace, gift-carrying mandarins were guided toward the Apadana Palace, also known as the Royal Audience Hall. Built by Darius the Great, the most glorious of Persepolis palaces, Apadana had a large square hall with seventy-two 20-meter-high columns — thirteen of which still stand on the enormous platform.

The Audience Hall was covered by multi-colored carpets and its walls were beautifully decorated with tiles and various forms of ornamentations. A rectangular veranda was built on three sides of the palace with twelve columns in two rows of six. Two grand symmetrical stairways were built and four towers were erected in the four corners of the palace, facing outwards. The façade of the relief-decorated palace was adorned with images of the King’s elite guards known as the Immortals.

The Throne Hall or the Hundred-Columns Palace was founded by Xerexes and completed by his son Artaxerxes I at the turn of the fifth century BCE. The columns were made of black marble with double-headed bull capitals. The monument had eight stone doorways bearing images of the throne and the king.

Spanning an area of 4,600 square meters, the Throne Hall was the largest monument in the complex and accommodated hundreds of military officials. The Tripylon Palace or the Council Hall was used by Achaemenid kings to hold council with high-ranking Persian and Median noblemen and officials.

The remaining reliefs of the palace depict noblemen holding hands and chatting while others are carrying lotus-like blossoms or flowers and round objects in the form of apples or colored eggs — items associated with Nowruz. The Imperial Treasury was one of the first buildings constructed in Persepolis, described by many historians as a land of riches. A great part of the building was ruined and its riches were looted when Alexander’s army set fire to the great capital in 330 BCE, wiping all traces of its two centuries of beauty and splendor.

Among the few recovered objects from the treasury are a number of clay tablets, which provide valuable information about Persepolis workers. These Elamite inscriptions show Persepolis workers were not slaves and were paid for their labor. They also show that Persepolis workers had female supervisors called chiefs, who were sometimes paid twice as much as men and received special maternity benefits.

Darius built Tachara or the Hall of Mirrors as his private palace. The hall was covered with polished stones that reflected images when sunlight shone through the windows. The Hadish was king Xerxes’ personal palace. Spanning an area of 2,250 square meters, Hadish was the first palace Alexander set fire to and is therefore the palace which sustained the most damage. On the southern side of Hadish stood the Queen’s Palace where the royal ladies resided. Its western wing, reconstructed in the 1930s, now houses the Persepolis museum.

Persepolis was registered as a UNESCO World Heritage Site in 1979. It was also one of the 80 treasures featured on the 2005 BBC series, Around the World in 80 Treasures. 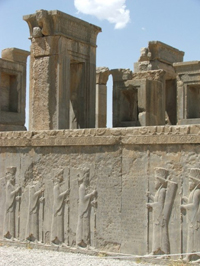 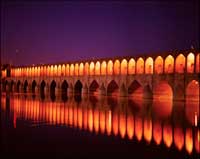 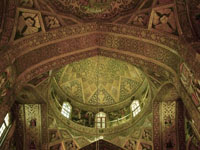 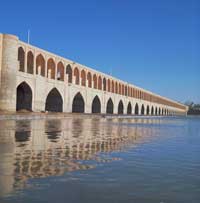 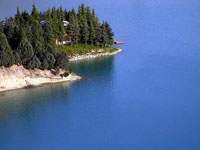